With 10+ years of recruitment experience in Papua New Guinea, Stephen has many connections across various industry sectors. 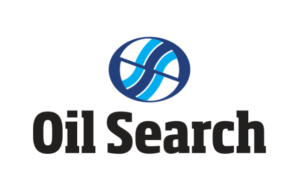 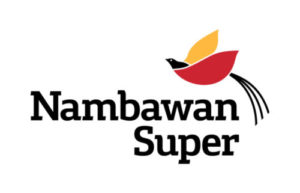 Stephen’s recruitment career began in 2002 and he then joined the Peopleconnexion team in 2015 bringing deep connections across many industry sectors. Stephen has helped many industry sectors in PNG, including resources, primary industries, marine, transport, and hospitality, both blue and white-collar positions. As Peopleconnexion’s PNG Country Manager, Stephen partners with our clients and candidates and works towards achieving their long-term success, right from the first ‘hello’.

Stephen has a very unique background having lived & worked in PNG, Australia and the United Kingdom. Stephen originates from PNG’s Central province and holds a Bachelor of Business degree from Southern Cross University in New South Wales, Australia.

What Our Clients Say

They are great professionals and an amazing organization. Provides a lot of opportunities and very supportive and responsive. Thumps up to our Boss Stephen Mean and his team.

As a contractor and working under Peopleconnexion, I have come to see that professionalism and customer-centric is what the company is best at.I commend Stephen Mead the country manager and Cameron Kiki our resource consultant for been respectful and humble people I can liaise with whenever there is an issue faced, as it is dealt well with patience and professional attitude.Thank you both again and I hope to work alongside you and other staff members in the near future.

I have couple of referrals by Stephen Mead & Cameron Kiki which I only got one interview. But my general perception is good that Peopleconnexion is a professional organization and stands out as one of the best. Cheers, Ovia Morea.

Well, i’ve heard about Peopleconnexion in the past but never engaged with them until recently. My experience working with Stephen Mead particularly in recruitment has been tremendous. Steve is always available, if he doesnt pickup the call, he will certainly return your call and that’s what i mean by responsive. Outstandingly professional. The quality of candidate applications received are of high standard. We hope to continue a mutual beneficial working relationship with Steve and the team.

Professional and responsive at all times

Dealt with Stephen Mead when exploring opportunities to work in Papua New Guinea. I found Stephen and Peopleconnexion to be professional and responsive at all times. Compared to other similar companies I have worked with I felt that my skills and experiences were considered and kept in mind. I didn’t progress with an initial role I enquired about but Stephen kept me in mind for other similar roles and contacted me when a potential fit became available. I was ultimately successful. Stephen is a credit to Peopleconnexion and also a representative of PNG!

can highly recommend the Peopleconnexion Recruitment PNG Country Manager Stephen Mead as an industry leader with the highest level of integrity. He has an extensive track record of working with a wide variety of leading companies across Papua New Guinea especially at C-suite level.

Some Articles by Stephen

Sorry, no posts are made by Stephen Mead