Queensland – the destination of the millennial migration

With 2022 around the corner, and the imminent opening of borders, now is a golden opportunity to relocate to the sunny state of Queensland!

So why is Queensland the destination of 2021’s Great Migration?

Well, besides being the official host for the 2032 Olympics and subsequent boom of multi-million-dollar infrastructure projects, Queensland’s capital city, Brisbane, has HUGE developments already in the works such as the World-class Queens’ Wharf development, Brisbane International Airport upgrade, and Cross River Rail, which will connect community, and streamline transportation and city commuting.

But enough about the figures, our team at Peopleconnexion know first-hand about packing up and moving to the Sunshine State.

We spoke to Charlotte, our Brisbane Recruitment Consultant, born and bred in Chester, England, who moved across to Brisbane in 2016 and has loved every minute since!

Coming from Chester, England, Charlotte is used to being surrounded with culture and rich history, as her hometown is most famously known for its Roman Amphitheatre and walls. But, for a change of scenery, Charlotte and her partner packed-up and came to Queensland on a working holiday visa in 2017, and within 18 months, officially becoming a permanent resident in 2019.

Q: Why did you choose Brisbane, Qld over other capital cities such as Melbourne or Sydney?
A: Even though Melbourne reminds me of Manchester, I have to say that Brisbane has a certain pull. I decided to stay here as I really enjoy the lifestyle, weather and beaches. Plus, the friends which I made whilst working in Stanthorpe on the farm during my holiday visa, have all settled here.

Q: How does Brisbane align with your personality and what you enjoy doing?

A: Since living in Brisbane, I have had the opportunity to kayak; jet ski; visit national parks and beaches. I like exploring new places and really enjoy stumbling upon a lookout point where I am able to stop and take in the landscape. 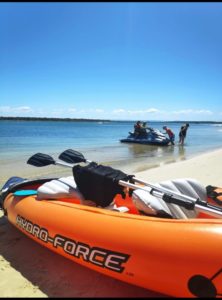 Q: How do you find the weather in the sunshine state compared to home in the UK?

A: If anyone has ever been to the UK, then you know what I mean when I say that everything is grey. Don’t get me wrong, there are some beautiful places back home, but since moving here I have had a new look on life. Everything is much brighter and people seem happier. I don’t know if that’s to do with the weather or the different type of lifestyle over here, but it is apparent when comparing things to back home. I do not miss waking up in the dark and returning home in the dark.

Q: What are your top three favourite things about Brisbane/Queensland?

A: The weather, lifestyle and being able to plan to do things. It’s nice to know that events are less likely to be called off due to the weather. 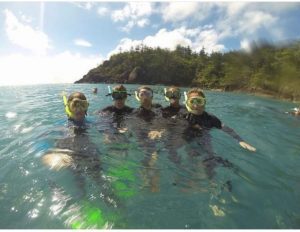 Q: From speaking with candidates and clients, what can you comment on about the abundance of work and infrastructure happening around Qld?

A: There is a lot of work happening around Brisbane and it is very exciting to know that the Olympics will be held here in 2032. COVID-19 has certainly impacted the market though. There has been a shortage of skills, but as the borders are starting to open, I’m excited to see how the market will flourish and all the new skillsets we’ll see come across.

One of our recent recruits, Aaron, recently relocated to Queensland himself. Firstly, packing up from Adelaide to Melbourne and now to the Gold Coast this is what he had to stay about his choice in coming to Queensland:

“Queensland was always the dream location – plenty of opportunity, great schools, fantastic weather and nature on your doorstep; where else in Australia can you have pristine beaches and lush hinterland all within close proximity of a major city?”.

We may be biased, having our central offices in Brisbane and the Gold Coast, but need we say more?