The vessel Nautilus used during the 2010-2011 exploration program. Credit: Nautilus.

The pioneering project, located in the mineral-rich Manus basin, was originally expected to begin production in late 2013, but development was delayed by a number of setbacks, including a commercial dispute with the PNG Government.

Nautilus? progress at Solwara 1 has, however, taken a positive turn after the company resolved the dispute with the state, and signed a contract with Dubai-based Marine Assets Corporation (MAC) in November 2014 to provide the vessel and shipyard for the operation.

The vessel, which will measure 227 metres long and 40 metres wide, will provide enough space to accommodate 180 people, and is expected to be delivered by MAC by the end of 2017.

In November, Nautilus also completed negotiations with the PNG Government to allocate a 15 per cent stake in the project (worth US$120 million) to state nominee, Eda Kopa, a subsidiary of Petromin PNG  Holdings. 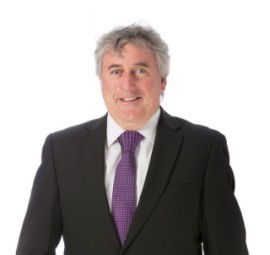 He explains that once MAC has delivered the vessel to the region Nautilus would aim to start producing almost immediately.

?As soon as it arrives on site with all the equipment?we’ve estimated about three months of integration of equipment and getting the vessel to the Solwara 1 site from when we take delivery,? he says.

?If we get delivery of the vessel with more of that equipment already on it, then that three months will be shortened.?

MAC will own and provide marine management of the vessel, which will be constructed in China by Fujian Mawei Shipbuilding Ltd and be chartered to Nautilus for a minimum of five years.

Nautilus hopes to take advantage of the existing skill base in the local mining industry as much as possible to build its workforce, with an aim of including over 50 per cent PNG nationals.

Before the vessel’s arrival the staff will require extensive training of the mining systems for operation of its electrical and mechanical components, Johnston explains.

?As soon as it arrives on site with all the equipment?we’ve estimated about three months of integration of equipment and getting the vessel to the Solwara 1 site from when we take delivery?

?The machines are all driven by electrical and hydraulic motors. There’s a lot of high-tech electronics?everything’s done via cameras and fibre optic cables connecting the machines to the control rooms, with data and visuals shown on computer screens,? Johnston explained.

?There’s a lot of training involved with that stuff. We?re in the process of looking at building a simulator to help accelerate that training, because we’ve got three years before we get delivery. The challenge for us is to try and get as many national staff into the mix as possible.?

With negotiations now complete, Johnston said PNG Prime Minister Peter O? Neill was showing his support by reaffirming that the Government wants to be strongly involved with the project.

?The people of Papua New Guinea don’t want to be bystanders, they want to be active participants in the development of their resources,? says Johnston.

?The thing with any project in PNG is to maintain dialogue with regulators, and stakeholders. For a project like ours, where there’s a lot of interest in it, there’s opportunity to try and establish best practices in how to do things right the first time, with input from all key stakeholders.? 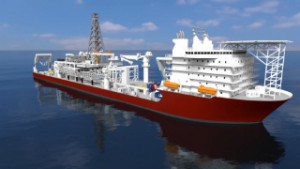