The Papua New Guinea Treasurer Patrick Pruaitch has presented a record K16.2 billion national budget for 2015, but with an increased deficit to K2.272 billion. 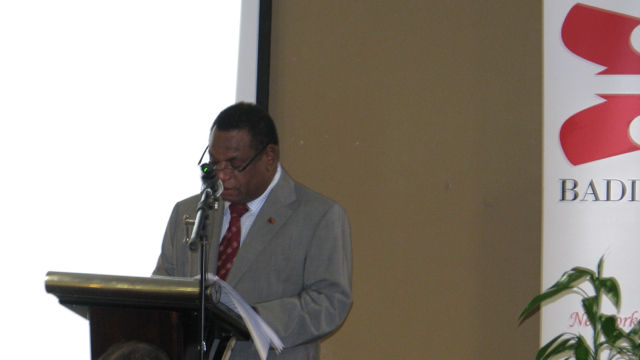 In his Budget speech, Pruaitch forecasts the economy to grow by 15.5 per cent ?driven by a full calendar year of gas production and supported by a rebound in the non-mining sectors?.

It will be PNG’s 14th successive year of economic growth.

?PNG is among of a handful of nations to sustain growth through this period,? he told the annual Badili Club/PricewaterhouseCoopers (PwC) budget breakfast in Port Moresby this morning.

?The 2015 Budget has been framed against a backdrop of moderate, albeit strengthening global economic growth and continued domestic growth underpinned by the commencement of LNG exports,? according to a post-Budget briefing note by PwC.

Analysis released overnight by Deloitte PNG notes the Budget is consistent with the strategy of the last two years, and was accompanied by a 2014 supplementary Budget intended to reallocate expenditure to high priority areas, notably infrastructure for the 2015 Pacific Games in Port Moresby, and prevent a Budget blowout for the remainder of the fiscal year.

If you look at the last few years, we’ve seen growth of between 15-20 per cent. But this year it’s only about seven per cent, slightly more than the rate of inflation at 5.5 per cent in 2015-the same as 2014, he told Business Advantage PNG.

Overall, planned government expenditure is up seven per cent, while projected revenue is up 10 per cent.

From 2016 onwards, all mining and petroleum tax will be deposited into the Sovereign Wealth Fund instead of flowing directly to Waigani Public Accounts. 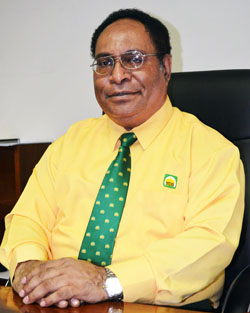 The deficit, the Treasurer says, will be financed by development loans (K0.8 billion) and domestic borrowing (K1.5 billion).

Budget analysis by KPMG indicates the government is aiming for a balanced budget:

?The Government is targeting a reduction in its expenditure in future years to sustainable delivery levels which combined with an increase in revenue largely driven by the PNG LNG project, is forecast to bring the budget into balance in 2017,? said KPMG’s Managing Partner in PNG, Troy Stubbings, in a paper released this morning.

But Deloitte analysts say the timing of the sale for the 2015 fiscal year is ?optimistic, if it is to be achieved?.

?The Government is targeting a reduction in its expenditure ?  to bring the budget into balance in 2017.?

The Budget also contains provisions for the long-awaited Sovereign Wealth Fund (SWF) to manage the large revenues expected from the PNG LNG gas project and other projects.

It will incorporate two funds: a Stabilisation Fund and a Savings Fund. From 2016 onwards, all mining and petroleum tax will be deposited into the Sovereign Wealth Fund instead of flowing directly to Waigani Public Accounts.

Parliament is expected to debate the law covering the SWF in the session following the Budget session. 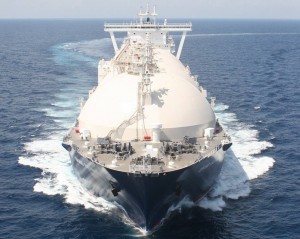 An LNG shipment, a major source of income for the Sovereign Wealth Fund

With Pruaitch announcing the Tax Review Committee is now due to report its recommendations by July, 2015, there were no changes to the tax rates.

However, as David Caradus, Tax Partner at PwC noted at this morning’s budget breakfast, there is a lack of resources to administer tax law at Internal Revenue Commission: ?Investment Promotion Authority data indicates that there are 42,522 registered companies in PNG, but just 2000 pay corporate income tax?.

One area of concern for Professor Howes is the 50 per cent increase in funds through the District Support Improvement Program (DSIP), which is administered by individual MPs. Two new programmes will be set up, one for education and one for health.

They will receive K15 million, up from K10 million per year, he estimates.

?It sounds good but normally in PNG if funds are allocated to the district that means they are control of the MP,? he told the ABC.

?PNG has gotten into the practise of putting substantial amounts of funding at the discretion of MPs.? The National Development Bank Managing Director Moses Liu has criticised the allocation of K50 million (a fall of K 31m) to the bank will impede the operations of small and medium enterprises (SMEs) in the country.

Pruaitch also said the kina had stabilised and predicted it would rise next year.

?Going forward, the value of the Kina is expected to strengthen when proceeds from PNG LNG exports starts flowing into the country,? he said.

Debate on the budget has been adjourned to next week because the government was late providing MPs with Budget papers for analysis and discussion.

Spending highlights of the 2015 Budget

Tourism: K20m, plus K10.2m for the Kokoda Track Initiative